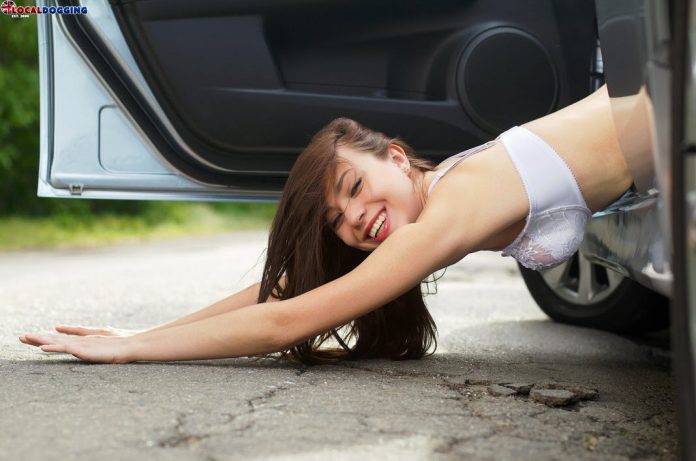 Section 66 of this act, implies that exposure of the genitals with the intent to cause alarm or distress to the person exposed is against the law. However, it does not state anything regarding the occurrence of the person being of a willing party to the exposure. Depending upon the type of conviction, any person convicted of this breech of law, can face up to 2 years imprisonment.

The UK also has a public order offence, which states that if you knowingly expose any part of your body with the intent to cause distress, alarm or harassment you are committing a sexual crime.

The Sexual Offences Act 2003 also has various information regarding voyeurism crimes. This act states that voyeurism is a sexual offence. It applies to any person who for the purpose of obtaining sexual gratification, observes another person or persons during a private act, and is knowing that the other person does not consent to their observation for their sexual gratification.

In essence this law is stating that it is a crime to watch any person engaging in a sexual act for the purpose of obtaining your own sexual gratification, provided that person is not consensual. If the person has consented to you watching and is fully aware that watching the act is for your sexual gratification is it not a crime.

This section of the act also goes on to state that if you were to record another person during a private act, and you are doing so with the intent that you or another person will obtain sexual gratification from the recording and the person has not consented to the recording you are guilty of a sexual crime.

Again, depending on the type of conviction, if you are found guilty of the above sexual offence you can be fined or imprisoned for up to 2 years.

The Sexual Offences Act 2003, section 67 regards interprets voyeurism as followed:
If the party is performing a private act and does so in a structure that would reasonably be expected to provide privacy. The structures are defined as a vessel, automobile, ten, or any other temporary or movable structures. Furthermore, the section goes on the define even more by stating if the persons genitals, buttocks or breasts are exposed and if they are performing a sexual act, this is not typically performed in public. You have then committed the offence.

It is wise to full research all aspects of the law, to avoid being charged with any crime. It is highly likely that if approached by law enforcement, even if the party is consenting you may be fined.